Future Perfect: A screening & workshop exploring future imaginaries from the New Right to the AfroFuturist Affair 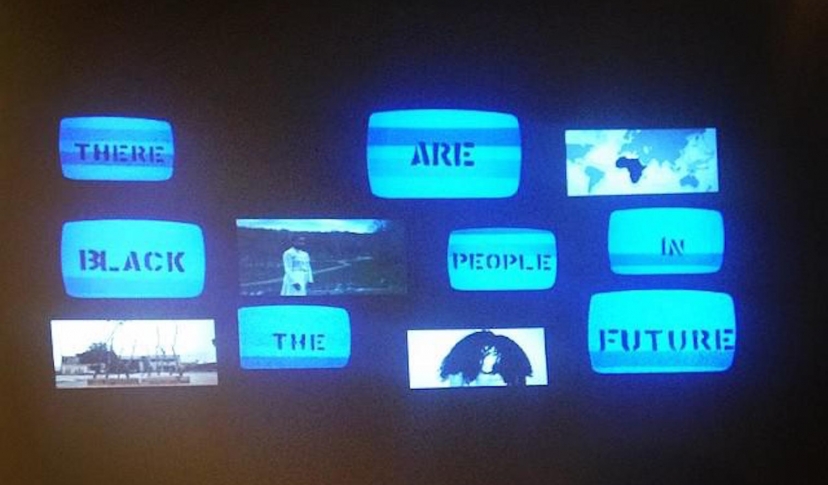 Slought is pleased to announce “Future Perfect,” a screening and workshop exploring future imaginaries from the New Right to the AfroFuturist Affair, on Tuesday, November 3, 2015 from 6-8pm. The event will feature the Philadelphia premiere of Daniel Tucker’s feature-length video essay Future Perfect: Time Capsules in Reagan Country (54 minutes, 2015), followed by a dialogue between the artist and author Rasheedah Phillips, creator of The AfroFuturist Affair, exploring the liberatory potential of language, and the relationship of writing to social justice and alternative conceptions of the future.

The conversation at Slought takes place just over ten years after Ronald Reagan’s death, and twenty-five years after the fall of the Berlin Wall and his departure from the office of the President of the United States. It will begin with an exploration of a speech delivered by former President Ronald Reagan following the end of his Governorship in California on August 19th, 1976 at the Republican National Convention in Kansas City, Missouri. In this speech, Reagan talks of the difficulty he found in writing a letter for a time capsule to be sealed in Los Angeles and opened one hundred years in the future. The video essay Future Perfect: Time Capsules in Reagan Country revisits this historical moment, as well as Reagan’s future imaginaries – his science fiction imagination and rhetoric – through visits to Reagan-inspired monuments and time capsules throughout California.

The conversation at Slought will then move from the New Right imaginary of Reagan’s era, which sought to impose a conservative vision upon society, to the AfroFuturist imaginary of Black speculative fiction writers today, who seek to enable a more progressive vision for society. In their recent collection Octavia’s Brood: Science Fiction Stories from Social Justice Movements (2015), editors Adrienne Maree Brown and Walidah Imarisha introduce the term visionary fiction to distinguish “science fiction that has relevance toward building new, freer worlds from the mainstream strain of science fiction, which most often reinforces dominant narratives of power.” The event will thus explore the power of language in envisioning better worlds, and the relationship between language, identity, imagination and power. The evening will conclude with a short writing workshop led by Rasheedah Phillips and The AfroFuturist Affair.