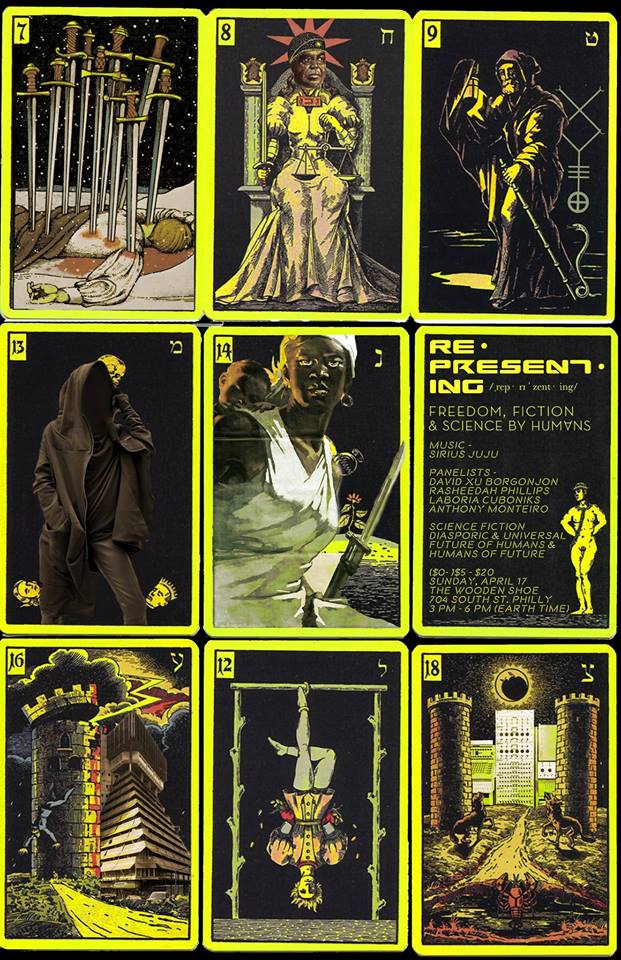 from the SOTHIS platform for the advancement of intelligent life-forms:

Present (noun) “this period of time, not the past or the future; now”
Re- (prefix) “used with the meaning “again” or “again and again” to indicate repetition, or with the meaning “back” or “backward” to indicate withdrawal or backward motion”
Present (verb) “to give, show, provide, or make known”
-Ing (suffix) “Art is not a be-ing, but a Being, the simple noun. It is not the verb, but its product.” -Leroi Jones