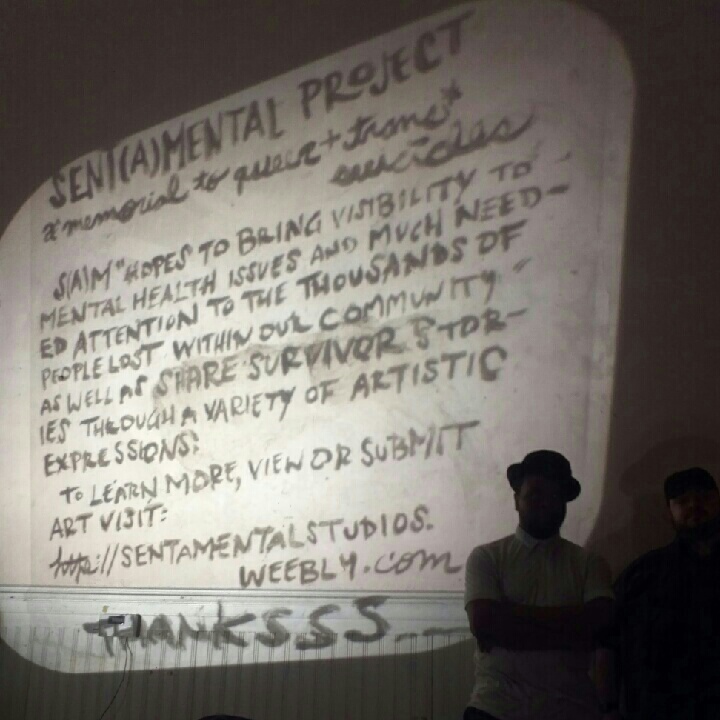 The Sent(A)Mental Project is a memorial to queer and trans* suicides. It hopes to bring visibility to mental health issues and much-needed attention to the thousands of people lost within our communities, as well as share survivor stories through a variety of artistic expressions. Members of the Laser Life queer SF collective were invited to perform at a S(A)M benefit show on 24 May 2012, along with an small array of other artists. Rather than read individual stories, the Laser Life crew decided to collaborate on a three-piece tale, woven together with a common universe but written in each person’s respective style. Below are the live recordings from the event:

The Weeping Cabin: A Benefit Compilation is a collection of live, exclusive tracks from performers featured at the Sent(A)Mental Benefit Show at Geppetta’s Studio, May 24th 2012. The compilation features downloadable tracks from Emily Bate, Shomi Noise, and Liz & the Lost Boys plus sci-fi spoken word from Laser Life and an excerpt from a performance by a stick and a stone* with full album download. The compilation is an eclectic mixture of voices and styles ranging from indie rock to haunting folk, riot grrl to dystopian science fiction. So very swoon worthy.

Initial proceeds will go to production costs for ‘There Was a Cabin Who Once Wept‘, a short film in-the-works, with additional proceeds benefiting the Sent(A)Mental Project: an artistic memorial to LGBTQ suicides. The film project will be a submission to S(A)M.
“There Was A Cabin That Once Wept” is made possible by a Lee Foundation Art and Change Grant.