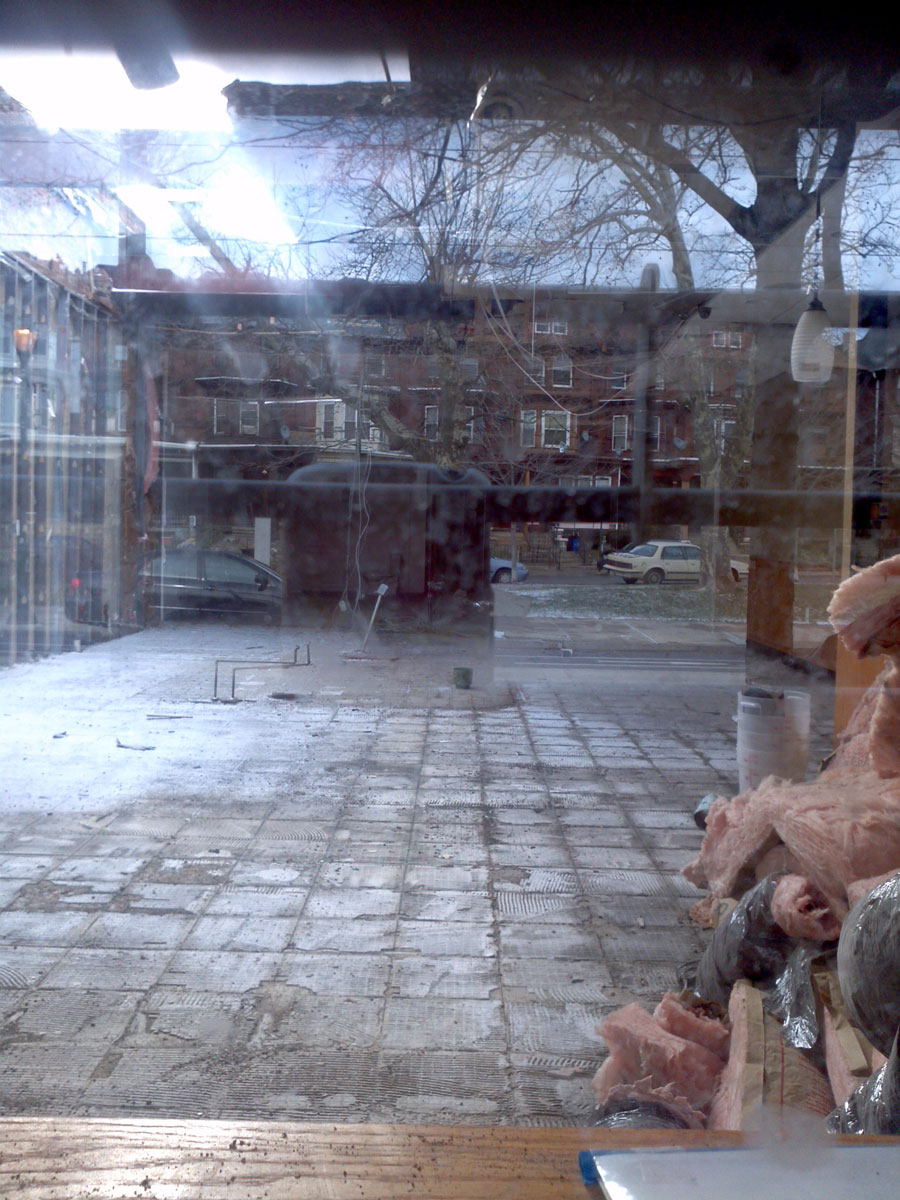 Ya’ll are some fools! I’m yelling and gnashing my teeth and screeching at them in modified Common to pay attention. But these gentry don’t know what the fuck I’m talking about. You know that? Then they get robbed and laughed at and their goddamn feelings hurt cause they wanna talk to me and I tell them their Common ain’t shit — nobody can understand what the fuck they talking about! Don’t come to this end of the city like you know what this place is! But they come anyway.

Don’t you know? One time in ancient history someone came up with the idea that says, to fool and become an important human being you first must be white; secondly — totally understanding; third — never totally actually directly responsible (accept this); and fourth — that you will move through space outside of history (just like an astronaut!) and come to truly know yourself only by trying out other people’s cultures.

Except if you can’t fucking speak Common, how the fuck . . .

All these young white punks fresh from college and suburbia, responsible young moms as far as the eye can see, touring upper class parents here to survey the neighborhood — YOU KNOW SOMETHING? UPENN THROWS DOWN HALF ON A HOUSE IN WEST PHILLY IF YOU WORK FOR THEM? SO HOW CAN I GET A JOB? Gentry keeps coming in, crawling over Malcolm X Park and the block of Osage the city bombed to the ground, and nobody has any memory and everything is so charming, and they don’t even know we’re here and don’t even care! Cause they don’t know Common? BUT IT DOESN’T MATTER CAUSE THEY THINK THEY DO!!

You know, I never lived in a place that was gentry-fied before. I was living out by 48th and Baltimore down the street from my aunt. They call that area Middle Hill now and my aunt stays holed up with her cat in her Victorian rowhome with her Classic Olde Philly accent (the only one the realtors recognize, anyway) looking at her property taxes like she don’t know what she’s gonna have to do. And I moved back to Olney, out by the empty fields where the HK Mart used to be, and the abandoned middle school at Godfrey . . . Live by my parents finally — my stepdad’s got a grill, my mom’s got a little library going, and my little brother, he builds stuff that keeps things DRY. You know they say Levittown is a swamp now? That and the whole shit by Cobbs Creek — lotta places. It’s from the overflowed rivers and all the old backed up drainage systems in the city, and they only send out the truancy officers to those parts, rounding up all those badassed lazy kids and throwing them in detention schools, which YOU KNOW, are the only kinds of free schools this city GOT anymore, and my nana woulda been pissed to have her taxes go to those nasty kids! But what she doesn’t know is that we’re all living with the possums and raccoons now, and those loudass coquís. Her basement’s been flooded and her house is falling down empty.

And me, I go to work downtown for this young gay PhD couple taking car of their dogs. They work at the experimental charter school district — not the Penn one, the other one sponsored by PEW down by the Delaware. You know, the Delaware’s off limits, too. Might as well call it the Columbus River, if you hear what I’m saying, and let us merry men stick to our trashy creeks up the way . . .

And we’ll keep speaking in Common and remember the old blocks and these fools will stay making some other city on top of ours. Cause they don’t know that we’re here, and they don’t fucking care.

GENTRY was recently performed for LIVE at Kelly Writer’s House (available to listen here), and originally appeared in the space invaders edition of the Metropolarity Journal of Speculative Vision & Critical Liberation Technologies (available 4 free here). It was also assigned reading in a University of Pennsylvania undergraduate English department class, but Eighteen, who lives blocks away from campus, was not present to give any context to the piece whatsoever.