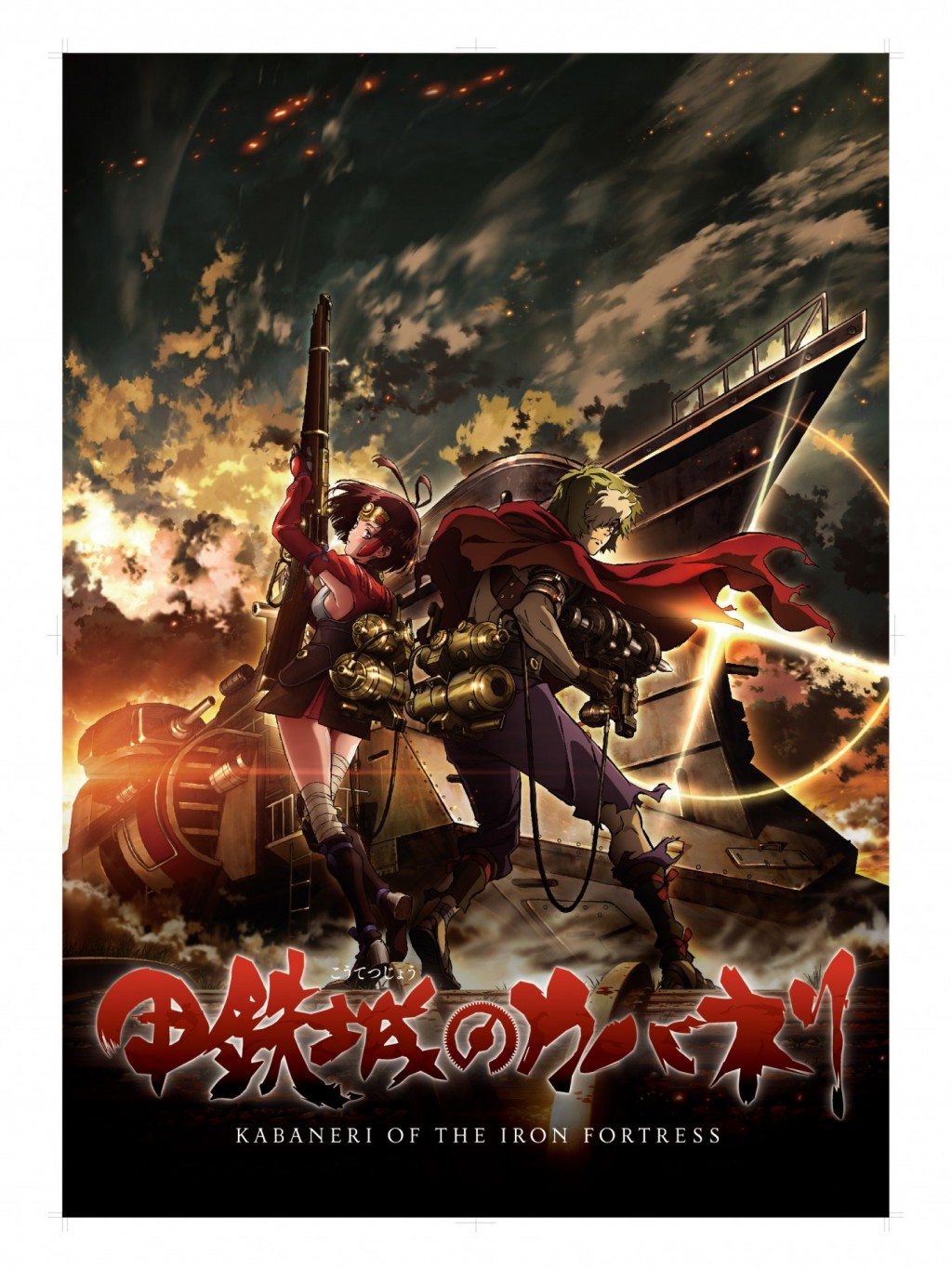 No Spoilers Beyond Episode 1 anime review series continues! Kabaneri of the Iron Fortress

AS ALL DEDICATED & WELL-VERSED ANIME FANS KNOW, THE MULTI-GENRE MEDIUM FROM JAPAN IS AS RICH AND VARIED IN PHILOSOPHICALLY EXPERIMENTAL NARRATIVE AND SPECULATIVE UNIVERSE AS THE MOST HIGHLY-TOUTED LITERARY & FILM TRASH BELOVED BY HIGH ART SNOBS THE WORLD OVER. JUST KIDDING. WE CAME UP ON ANIME AND JUST WANNA SHARE WHAT’S GOOD. :3

Terror anime/manga seems to have found its stride in recent years. I’m not sure what the otaku name for it would be or whatever. But to me terror anime follows the general guideline of anything that can go wrong will. A seemingly impossible situation is placed in front of a protagonist that is only further exacerbated by literally anything and everything else. These shows are usually steampunk heavy, as technology can often give protags an out, or make things easier. Some examples include Attack on Titan (2013), Berserk (1997) (2016), and some that have even dared to venture into a future setting like Blue Gender (1999) and/or Terra Formars (2014) [it’s usually bugs in the future, huh]. Anyways the no spoilers beyond episode 1 show we are exploring today falls into the steampunk variety, or steam engine rather: Koutetsujou no Kabaneri aka Kabaneri of the Iron Fortress.

Plot: The main character is Ikoma, a rather cowardly individual who has to find a way to function in this old broken world. While his fear is totally validated, it’s his reaction to fear that makes him odd, albeit traditional in many anime. While seemingly debilitated by fear, when pushed, Ikoma manages to respond using an above average intellect and pure instinctual reactions to rather extraordinary effect for this [terror] genre. Ikoma’s power [in the first episode] comes from his brain and a stronger than the norm gun that he created.

It’s a gun that he uses against the kabane or corpses, that now plague Japan. These zombies manage to blend the contemporary elements of running zombies, with a slightly spiritual twist. The weak point is no longer the head but rather their heart. Their disease spreads at a rather accelerated rate which helps feed into the hopelessness that the survivors feel. They even carry small bombs so in the event of bite, they can kill themselves for the betterment of the group. To live the survivors travel between their walled cities in huge fortified trains which is where the “title drop” comes from.

Why you might like it: Well if you like Attack on Titan [this was directed by the same person] or just about any of the shows I named above, you should feel right at home here. At only 12 episodes the show doesn’t require a high level of commitment, and most binge watchers can consume it in a day. It packs a few twists that can keep you engaged through its finale. Additionally at times the art style is extremely beautiful and strangely colorful considering the often drab worlds that zombies regularly inhabit. The music is pretty enjoyable and many of the songs seem to have been made just for the show. I also thought it was rather funny that one of the characters has a very particular accent, you just have to hear to believe. The show is just a short ride that one can enjoy and walk away from feeling like you probably broke even, which is better than some anime.

Why you might hate it: Well if you hated Attack on Titan, etc etc… yeah. The show, while enjoyable, doesn’t really break any new ground, but rather just explores one rather “weak” theme using the world as a means of conveyance. So while it could have had more depth it feels like many of the adventures just stall for time, rather build up a stronger narrative. I mentioned the art before being rather stunning at times — well you can also see clearly when they had to cut corners for the show’s better scenes. While this isn’t a crime per se, it shouldn’t often be as painfully obvious as it is at times — be prepared for slow pans of still images with sound effects.

The motivations behind the characters, namely Ikoma, seem to come from one particular trauma, that would seem ordinary when taken into consideration the world they live in. There isn’t a definitive timeline, but it feels like relationships literally blossom overnight, which I guess is inspired by their plight. Contrasted with how some characters behave sometimes the developments may leave you with questions, but it’s unlikely those questions will be addressed. It doesn’t seem like this was done to sell issues of a manga of the same title, as the show was an original collaboration. While it could be to build a bridge to a second season, it still wraps up as ambiguously as it starts, which leaves it feeling rushed needlessly.

Why it matters: Many of these shows seem to pride themselves on their body counts as they climb to eventual victory. However Koutetsujou no Kabaneri seems to beg the question, what does everyone else do in these terrible circumstances? How do survivors who aren’t really heroes or soldiers make it? And while the show handles this rather awkwardly, it attempts to do so with a sense of heart. Rather than solely placing bets on Ikoma alone, you place them on everyone aboard the Koutetsujou in a way. It largely feels like they all contribute and while there is particular focus on the bridge crew [kinda like Star Trek on a train with zombies] you feel like the hopes and dreams of these other people can matter. Because let’s face it, if something like this were to really happen it’s largely probable that you would just be an extra, trying to make it. So while it plays loose with its themes, character development, and resolutions, it feels grounded in a realistic social outline. The world feels good, because it has a good basement, and maybe if they work on the rest of the structure it might turn into something even better.