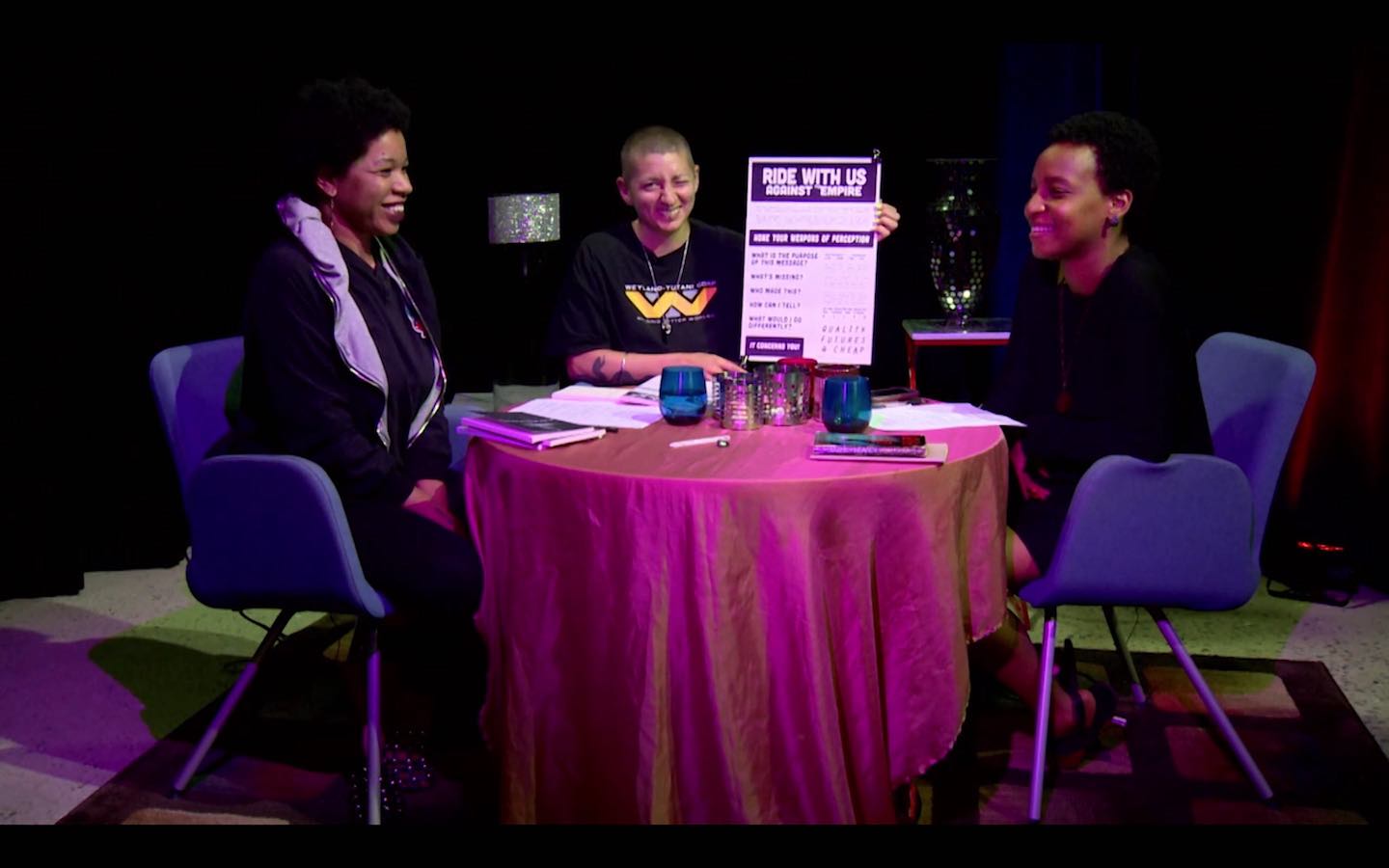 Ras Cutlass, M. Téllez and Rasheedah Phillips of our beloved METROPOLARITY crew were invited to do a show on PhillyCAM (Community Access Media) in Philadelphia.

Join Metropolarity for an intimate night of prophecying, sh*t talking, and secret spilling.

Your anxieties about the future sent via email/text/social media will be answered on air in between doses of wisdom about how to live with the increasingly absurd, dangerous, and exciting[?] future present!

Soothsaying with Metropolarity from PhillyCAM on Vimeo.

Thanks for having us PhillyCAM!