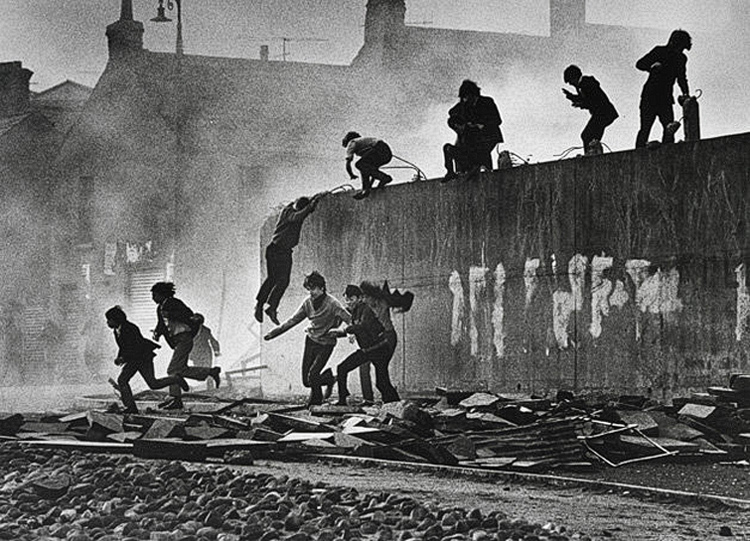 Eighteen’s ALL THAT’S LEFT dystopian spec fic cyborg series crosses streams with +HIRS+ queer grind thrash band as the first track of a remixes 10″ album coming out in the near future. Listen below.

Rahl was the first one through the door after it had been blown open, the rest of the crew splashing in just as they had planned out, reconned, practiced in barely lit alleyways. He kept expecting to hear Captain’s voice in his head doling out those level-headed directives as always, her cybercom indicator beating calmly onto his conscious perception. Instead it was the shrieks of the Progenitors and the hissing gas streams pissing their face melting neurotoxin plasma all over the room. It slopped all over the organic hierarchy farms, causing the shells to sizzle and combust a hot liquid splatter. All over, all over.

The cyberdocs were freaking out; their skin was crawling with the wrong kind of nanomachine interaction. One of them was crying, “Lord Jesus! God! Lord have mercy!” Rahl watched Braga descend upon the hysteric like an owl on fieldmice, his gun slung back, boot already dropping into the crying doc’s chest, yelling, “NO GODS AND NO MASTERS!”. Braga meant to crush organs.

Rahl forced himself to watch the brutality, unflinching. He felt like if this was to be their brightest moment, he should at least submit to the burn. And if they lived past the next two hours, he supposed he’d have all the time later to cry about it. Braga murdered the cyberdoc––the Progenitor, the dome people stupidly called him. Rahl realized he was crying now. These awful wretched people were being murdered. No gods, no masters, Braga had yelled?

Rahl watched another Progenitor clawing at his face as he suffocated on his own spewing bile. Their death throes looked so much like being hacked. They seethed, or withered. This one seethed. Rahl shot the man. They were all “men” here, cause the domes were still places where no one was ever held accountable––they called it “preserving the golden age.” Well, here was the bright flash of light, at long last.

They couldn’t just leave their chimera alone––they’d felt the need to rein them back in for destruction in the most classic of arrogant human motions. End the program. No more full conversion cyborgs. They were so fucking arrogant. They literally ruined everything, even themselves. Heaven was over now. No gods, no masters.

For more misanthropic queer grind music (much more intense than in this remix), it’s probably best to just run “+HIRS+” through your favorite search engine. Or you can go to their website here. For more zine-on-tape recordings of living in a post-binary dystopian reality, check out Eighteen’s work here. Featured image by Don McCullin of Northern Ireland, 1971.