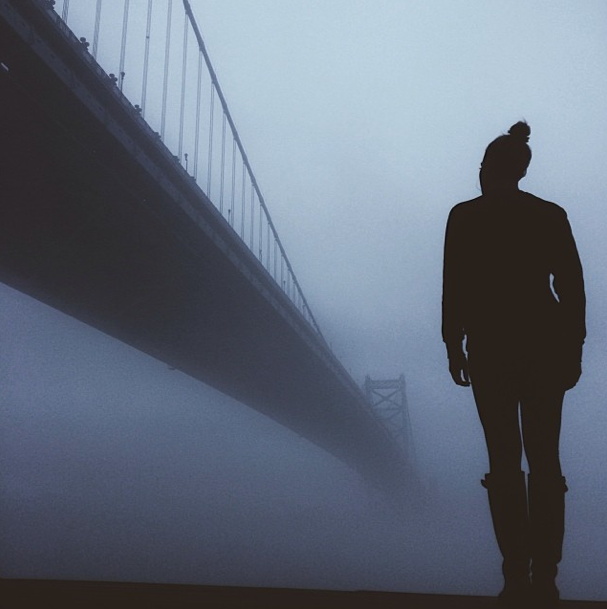 They said Yolanda was an arsonist. I don’t know — I guess they tried her as an adult. We never saw her again. But I remember seeing her face bent toward the sandy earth that day, and I don’t think she was sadistic. Just curious. And Connor was the only kid who had talked to her all week, probably. I heard her say she’d never used a magnifying glass before. Tons of ants were crawling over the pipe by the west side of the school, swarming together onto the dirt like an oil stain. She set them on fire, yeah, but I’m not even sure she wanted to. She probably would rather have used the magnifying glass to stare at a hunk of igneous rock or something, and she would have been able to tell how old each once-molten layer was.

Yolanda stuck out because she was the only black girl in our middle school. She was a high-performing student, and I guess her parents could pay. Most of the black kids in Philly can’t go to school anymore. Some people say black kids come from a culture of poverty, so they’re not ambitious and can’t get out of their neighborhoods anyway. People who say that kind of shit think good students like Yolanda are different from other black kids. I wouldn’t really know, but I remember when I said “Hi” to her on the first day she came in. It was January. I was like, “I know you’re new here, because I would’ve noticed you before.” And she winced just like my little brother does when my mom calls him “Fatso.”

Her family probably lives on a block of row-homes and eats at Petri Burger like we do—everyone in Philly craves their sterile in-vitro meat. And Yolanda’s dad might even get them all together to watch the drone strikes if they have a large-screen wall. My dad bets on drones. That’s how he pays for my school.

Since SEPTA banned teenagers, nobody at school can take the bus anymore. The bell rings, and a row of nannies in cars stalls the traffic outside. A few of us stick around for a while, in an in-between kind of world where rules still exist, but we can’t see them.

Convex lenses focus light to magnify solar energy. I knew this, but it’s different to see it in action. So when I saw Connor and Yolanda crouched down under the library window in the afternoon heat, I crept closer and craned my neck. There wasn’t even a spark or smoke, but the ants shriveled up under the fierce light, dead, one by one. Then Yolanda grabbed a piece of paper from her backpack and set that on the ground. Honestly, it looked a lot like when that laser took down a drone over a beach in Mexico last week. That was cool. You don’t see that kind of beam — it’s not like other lasers where you see a sharp purple line in the air. When Yolanda held the magnifying glass over it, a nickel-sized spot on the paper just suddenly caught fire.

And then, I can’t believe what happened next, but it was a real drone. The non-lethal kind that hovers overhead in case the metal detectors fail and some crazy kid tries a mass shooting. But Yolanda… The cops carried her away unconscious on a stretcher, barking at Connor to shut the hell up when he screamed, “Why’d you cuff her?”

Suzy Subways is a writer/activist who loves Philly the way a three-eyed fish loves its lake. She edits Prison Health News, coordinates an oral history project about the Student Liberation Action Movement (SLAM), and temps as a copyeditor. Send a message to Mizsubways(@)gmail(.)com for her fiction zines.
Image on this post by the formidable @RecTheDirector.