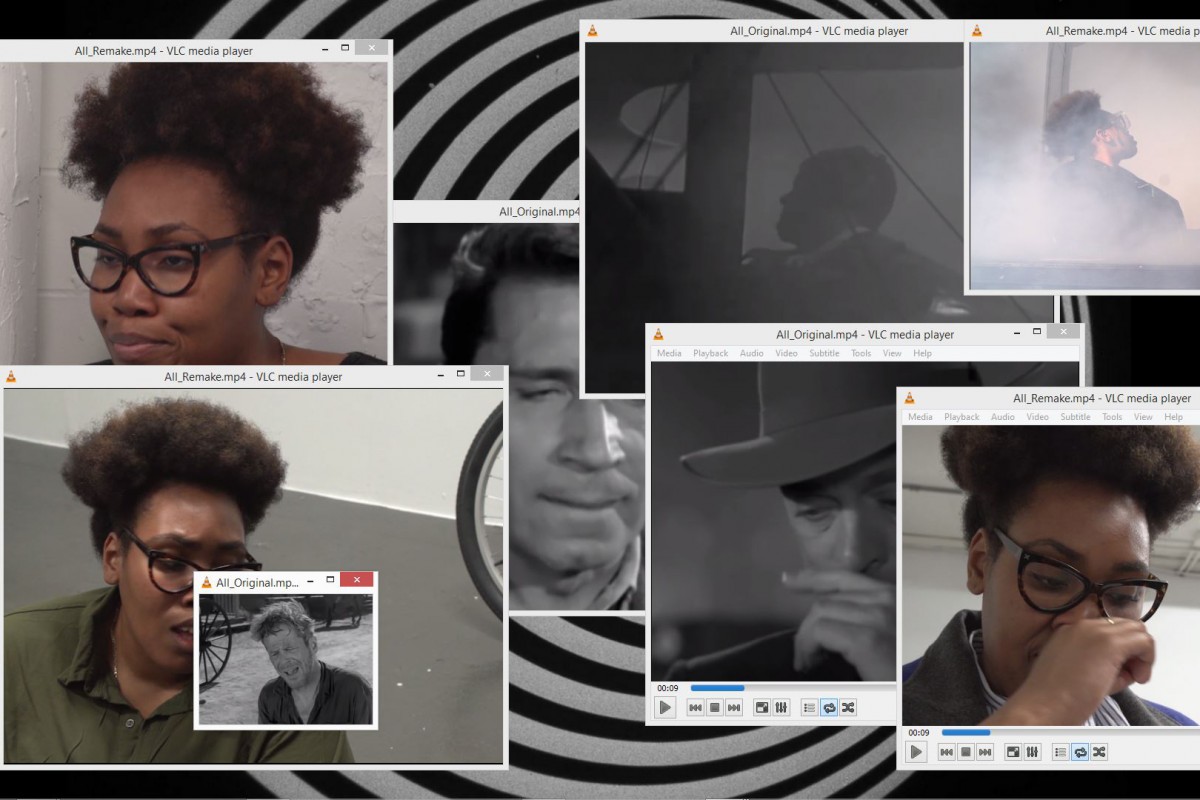 The artist Sondra Perry hit us up one day with a collab idea: We write/record a critical writing component to go along with her project, #MyTwilightZoneThing, taking place at Recess Art in New York. A couple weeks later…

We had the great fortune to commission the critical writing for #MyTwilightZoneThing to METROPOLARITY, a collective of speculative fiction writers/artists/activists based/raised in Philadelphia. Their contribution “YOU HAVE 4 MESSAGES” includes 4 texts [and 3 audio pieces] written by RAS MASHRAMANI (@anti_gyal), Alex Smith (@theyarebirds), M. EIGHTEEN (@cyborgmemoirs), and Rasheedah Phillips (@afrofuturistaffair).
It’s incredible.

My Twilight Zone Thing builds upon the artist’s belief that the original show dismantles whiteness through the lens of science fiction. Although each episode of The Twilight Zone opens with the narrator (series creator Rod Serling) describing the mostly male, primarily white characters, these individuals go on to enter an alternate plane—a move that complicates the viewer’s ingrained ways of seeing and coding the characters’ physical realities.

Perry posits that the way in which the show scrambles assumptions around the characters’ bodies gives rise to multiple new possibilities for seeing and understanding their personhood. Perry will work with the collaborators to experiment with this dissolution of identity as they insert themselves into these narrated scenes. With only the original script remaining as a point of reference to the source material, the actors will have the opportunity to assume, mimic, or defy the externally prescribed characteristics, thereby taking advantage of the rift between representative structures and real bodies.

Download your copy at the link below!
http://www.recessart.org/metropolarity-you-have-4-messages/ (at Recess)

Come to Recess to pick up a #MyTwilightZoneThing usb packed with lectures, source materials and other digital ephemera from the project! #mtzt